You will never forget where you were on September 11, 2001. No one in America will. I was teaching in a suburb of Washington, D.C. and I can recall the exact words I was saying, the look of panic in the participants faces, and how I sat for hours, unable to get home because the Metro had stopped running. 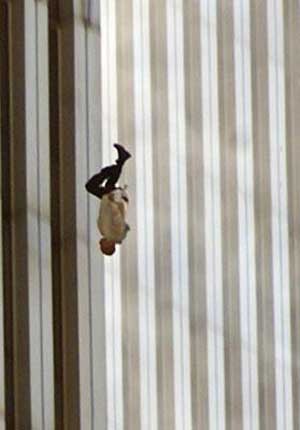 We automatically distrust women in headscarves and swarthy men. We look at a mosque and wonder what dangerous secrets are happening inside. If we force ourselves to admit that what happens in most mosques is what happens in most churches–prayer and concern for community, there is still the worm of doubt. Our God is better than their God.

We have willingly given up freedoms that our ancestors died for, and we have done it out of fear. We can’t bring sealed bottles of water past airport security, instead we pay twice as much to drink water that must be purchased past the security line. I was made to stand in one security line wearing only a sports bra because my blouse was taken for a jacket, and was ordered to remove it and send it through the X-ray machine. When I tried to point out that it was a blouse, not a jacket,  I was told I’d better obey or I could be detained in a jail with no right to call an attorney, or anyone else. I imagined myself sitting in a jail cell in a lime-green sports bra and shirt, waiting for a hearing for not wanting to remove my shirt at an airport security checkpoint. To protect America.

Your phone records aren’t private, and neither is what your read in the library, the books you buy in a bookstore, or what you download to your computer. Homeland security can show up at your door and ask why you are reading any book that is deemed subversive, including Catcher in the Rye.

In November after the planes, my brother visited from Switzerland. Neighbors noted the new guy and asked me about him. They asked if he was “foreign.” I told them my brother lives in Switzerland. “Isn’t America good enough for him?” one neighbor asked, as if it were a requirement of being a good citizen. As if it were any of their business. After that I was asked why I don’t fly a flag. I pointed to my neighbor’s flag, dirty and uncared for, ragged and torn,  left out in rain and snow. “Because I don’t think treating the flag like that makes me a patriot,” I said. Two neighbors stopped talking to me. I moved two years later, and they had never spoken to me again.

In the seven years since that terrible tragedy, we pulled together only to now be torn apart by suspicion and fear. It’s the small fears that make me saddest, the ones that are fueled by hatred and ignorance. There is a movement in Arizona to return all first-generation Americans–people born on American soil–to their parent’s homeland. I wonder how I would fare, now well past middle age, if I had to live in Germany or France. Well, I was told, that’s not about you, that’s about Mexicans. As if that were all right, a justification.

Right now there is a kerfluffle over the fact that Oprah Winfrey backed a Black Man instead of a Woman for President. The word being bandied about is she is a traitor. That’s pretty strong language. A traitor. For backing a candidate for President. Even Oprah, who runs a TV show, has freedom of speech. She is not a news commentator, she runs a show in which she gets to express her opinion. Calling her a traitor for backing one candidate over another is way out of bounds. It is fear-mongering of the meanest sort.

I’m sad for our country. Sad because we only want to talk to people who pray to our God, who behave in certain ways that we have deemed acceptable. Flying a flag doesn’t make you a patriot, praying to God doesn’t make you a saint. Put some action in your traction. Ask some questions that make you uncomfortable. Try to see someone else’s point of view.  Help your neighbor, even if you don’t know them. Even if they aren’t the same color you are. Even if they don’t put up a flag or lights and decorations in December.

Because we will never get over 9/11 until we put down our big burden of fear and use our hands and arms to help each other in peace and genuine freedom. Until we stop thinking there is a “them” and an “us” and realize we are one world. And that goes for everybody, everyday.

–Quinn McDonald is a certified creativity coach, a writer, and a first-generation America who knows that fear is the worst enemy we can let into our lives. It makes everyone else look wrong.