Kids of about two years of age do something called “parallel play.” They aren’t big on cooperation or sharing, but they play pretty well if in the same room and each has a favorite toy. Once they get a little older, each will immediately want the toy the other child has, even if one has a bike and the other a cardboard box. 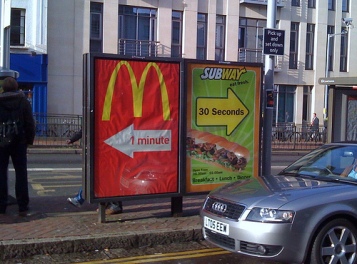 I’m seeing a lot of this same behavior by adults on Facebook. A post will be commented on by a number of people each explaining something only vaguely related to the original post. One person posts about a great dinner party they had, and six comments will follow detailing a different dinner experience. One will inevitably be a post that uses the dinner theme to discuss a hurtful remark made at dinner. Sometimes months ago.

The other behavior is what I call “fixing you, fixing me.” Someone tells a story that might be funny or simply a slice-of-life story, and a bunch of people reply with solutions, suggestions, way to change the outcome and, inevitably, a one-upmanship of a similar story in which the commenter is either a hero or a victim.

As a writer, I don’t understand this. The practice of dropping contents without context is better suited for Twitter. Why leave a comment that hijacks the original poster’s story and turns it into your story? Why try to fix people who aren’t asking for help or suggestions?

And while I’m curious, why use phrases like, “You so deserve this” or “Congratulation! You deserve X.” Who is anyone to determine what someone else deserves or not? For the most part, we don’t know the people on Facebook all that well. Sometimes we don’t know them in real life at all, just on how they portray themselves to us, publicly, on Facebook. What someone deserves may well be left to a higher power.

Here’s my goal for this week: In all my Facebook replies, I’m going to focus my attention on the person who left the post. No telling my own story, no hijacking the thread to something I want to talk about, no fixing. No advice unless specifically asked. I wonder how well this will work and how long I’ll last.

I’ll get back to you later in the week.

—Quinn McDonald is a writer whose life is an experiment in progress. At least she hopes it’s progress.