You see a post on Facebook that ticks you off. Hey, this is important, and this person should know they are wrong. You leave a sharp rebuttal. You are reading blogs and realize that this person said something you said better last week. So you leave a link to your blog. You discover a link to someone’s new blog or website, and you don’t like it, so you post a Tweet with the mistakes you found. 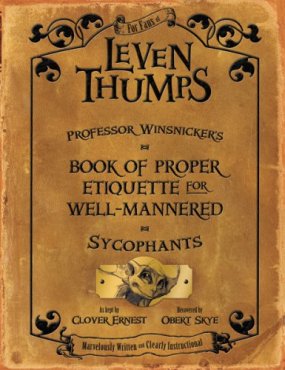 Why isn’t this successful when you are being authentic? You are showing up in the world exactly the way you are, so why isn’t that a good thing?

Because it’s hard to define yourself in 140 characters (on Twitter) or the line limit Facebook sets. You get to make a point, but it’s hard to see your intention. When we read Facebook, LinkedIn or Twitter feeds, we react emotionally, we reply with the first thing we think. And while “telling it like it is” was great in the mid-’70s, times have changed. Children get away with saying what they think, because they are cute and forgivable. Facebook, LinkedIn and Twitter are less forgiving. Your comments will be visible for years to come.

You are what you say in social media. And what you say may be interpreted as mean spirited by the reader because context is almost entirely missing from the posts we leave. We behave like Angry Birds–slingshotting our chirping, cackling thoughts at others, forgetting that the anonymity of the internet is also detrimental–we are as we appear, not as we know in our hearts we are.

You have to work harder to be authentic on social media sites. Few people check out your profile, most people read what you say and take it for who you are. The biggest problem on social media is the serious disconnect between how we want to show up in the world—our public persona—and who we are in real life, our essential self.

How do you close the gap?

1. Edit yourself. Write what you think, then pretend you are the receiver. Read your post before you make it public. Would you want this said to you? Even if you are right? A few edits for context may help. “In my experience,” or “I think” can change a post from universal proclamation to opinion. It’s still your opinion, but you are owning it.

2. Support more than fix. If people aren’t asking for help, don’t give it. Life in the office has made giving “feedback” one of our natural rights. Let’s be clear–no one likes to be told they are wrong, broken, or not enough. “Feedback” is the new “micromanaging” and it’s more fun when you are dishing it out than when you are spooning it up. Before you give your opinion, make sure you were asked for it. Don’t tell people how to improve, praise them for what they have done well. 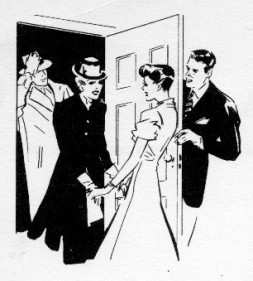 You may not be an anonymous as you thought, even on the ‘net. A little old-fashioned etiquette won’t harm you–or your reputation.

3. Leave your guru-ness on your own site. Your social networking profile can show you as a guru, expert, leader, super-achiever or god(ess) of wisdom, but that doesn’t mean the rest of us mortals want your wisdom in our blog comments. Of course you can link your own site in your comment, but only if it meets all three of these criteria: It is highly relevant to the topic thread, you explain why it adds information (the fact you wrote it is not enough), it’s not linked to a site that’s a big ad for your own business.

4. Yes, you are being judged right now. When you post on a social media site, you are showing up the way you want to be seen. We used to dress up to go out; now we judge people by how they show up on blog comments. The people who are reading your posts may be potential customers, your next boss, your soul mate, the hiring manager, your minister, or your jury. Write to them.

5. Anonymous posts say a lot about you. The internet allows us to appear to be anything–a genius, gorgeous, clever, a sniper. My first boss said, “If you don’t want to sign you name to it, ask yourself why not?” When I teach, the evals that require a signature are generally useful and direct. The evals that don’t require a signature are harsher and show a lot more bitterness. Instructors know this. Anonymity isn’t permission to be cruel, it is a revelation of who you really are.

––Quinn McDonald is a creativity coach who know about screwing up in social media.