Ask 10 people what creativity is, and you’ll get 10 different answers. That’s as it should be–individual approaches call for separate opinions. 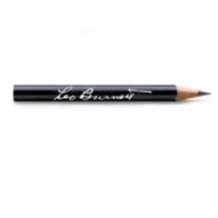 “Curiosity about life in all of its aspects, I think, is still the secret of great creative people”
– Leo Burnett.  Burnett was a giant among advertising writers in the 1960s. His company was among the top 10 advertising agencies in the world. He was a word collector–he kept a folder of words, phrases and analogies in his lower left desk drawer. He used them to create iconic images such as the Jolly Green Giant, Tony the Tiger, and the Marlboro Man.

* * *
“You can’t wait for inspiration, you have to go after it with a club”
– Jack London, author of The Call of the Wild and White Fang.

“Creativity is more than just being different. Anybody can plan weird; that’s easy. What’s hard is to be as simple as Bach. Making the simple, awesomely simple, that’s creativity”
– Charles Mingus, influential American jazz composer and double bassist. Composer of The Black Saint and the Sinner Lady.

And just for frequent commentor Pete:
“Originality is nothing but judicious imitation”    – Voltaire

* * *
Feel free to add the definition of what creativity is for you.

—Quinn McDonald is a creativity coach who is writing a book on conversations with the inner critic.

Tomorrow: The new Featuring magazine is out, and I’m going to do a giveaway!