Yesterday, in Part I of Perfectionists and Procrastination, you heard about Anne, who missed opportunities because her perfectionism never let her finish a project.

The Root of Perfection.
What causes perfectionism? Research shows that around the age of four, children begin to socialize with the culture they live in. In American culture that means playing in groups, not being too different, not showing above-average intelligence, and following rules. (Later this changes to not getting caught when breaking the rules.)

Around age four, children start spending most of their day in a school-like group environment where behaving according to the teacher’s norms is important—it yields approval.  Children learn to color in the “right” colors, stay inside the lines, sing in groups, write the “truth,” and memorize facts that will appear on standardized text.

Critical thinking is not encouraged. Creativity isn’t either. Both take time, and most schools spend a lot of time preparing the class to get better grades on standardized tests. 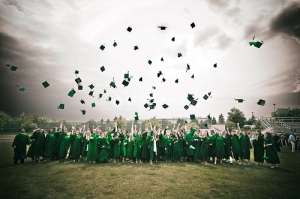 A Little is Good, a Lot is Worse.
Socialization isn’t bad, it’s just overdone. Our parents and teachers tell us to compete, win, get that good job, make lots of money, be “successful.” We compete, and our inner critic  steps up to tell us that we are not good enough, not applying ourselves or lazy. By the time we are in college our goals are to hurry up, win, compete, and stay in the top percentile of school and achievement. And we are almost completely unequipped to do it.

Perfectionism is not all bad. In tiny doses, self-discipline is great, and even the desire to be perfect can be useful–doing careful research, doing original work instead of plagiarizing, being diligent–all are good. When being “perfect” gets out of hand it leads to serious life problems.

The key is separating discipline from  fear of failure. Over-discipline stops us from producing anything finished.

New Idea of Discipline.
There is a new discipline–and it is exactly the right word for what we need to nourish.

The idea stage of a creative project is the fun part,  the part where anything is 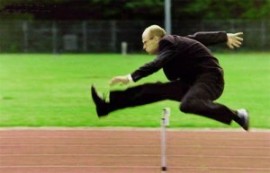 possible.  But when we start the process portion of the project, we need to call on a new discipline rather than the critic of negative self-talk.

What we need is discipline enough to push through to the finish and get that wonderful feeling of completion, satisfaction and accomplishment. Even if the project is not perfect.

The Trap of High Standards.
Perfectionists say they have “high standards.” It serves as the excuse to miss deadlines and to berate less than perfect results. The perfectionist is a bully. Of self, of others. Because that was the power example they learned early by coloring in the lines.

Blaming the deadline is a lack of discipline. The truth is more likely to be, “If I never finish it, others will never find the flaw, and I will never have to admit that my work (and I) are not perfect.”

The Reward of Completion.
Here is the big reward: when you get things done, even if they are not perfect,  you will first be overwhelmed with shame at how poor the work is. You will invent hundreds of excuses not to turn it in.

Do some deep breathing, put it away for an hour. Then, look at it right before you send it in. You will feel relieved. You will feel the rush of the imperfect. It is the acceptance that you worked hard and as well as you could with the talents you have today.  It will be the first step into being a recovering perfectionist.

–Quinn McDonald is a recovering perfectionist who helps other people open the door to a new future without the burden. She has just completed a book on developing inner heroes that take on our inner critics.