“You can have any color you want, as long as it’s black.” Henry Ford is supposed to have said that about the Model T. And until 1908 it was true.  The first cars were all black. It was inexpensive and most machinery was black or gray, why not cars? Henry Ford then developed a paint that dried fast. It, too, was black. But in 1908, red and green became available. After that, colors became the norm.

Fast forward into the 1900’s. Cars were painted in special rooms that were dust free and allowed for spray painting. The walls became layered with paint. When the paint got too thick, it was broken off in chunks.

Some brilliant person saw the value in this old paint. It was hard and layered. It was waterproof and tough. It looked like agate. It became used in design and jewelry and was known as Detroit Agate or Fordite.

Today it is used in making carvings, rings, pendants, fountain pen barrels, containers and design objects. It isn’t as hard as carved stone, and is prone to scratches, but it is hard enough to be beautiful.

*   *   *  *
Smoke is ephemeral–it doesn’t last and you can’t hold it. Unless you photograph it, like Thomas Herbrich. This German photographer took 100,000 photos of smoke before he saw beautiful patterns that he could publish.

Our brains want to see patterns and order, and Herbrich kept refining his skills until these amazing photographs emerged and made sense. 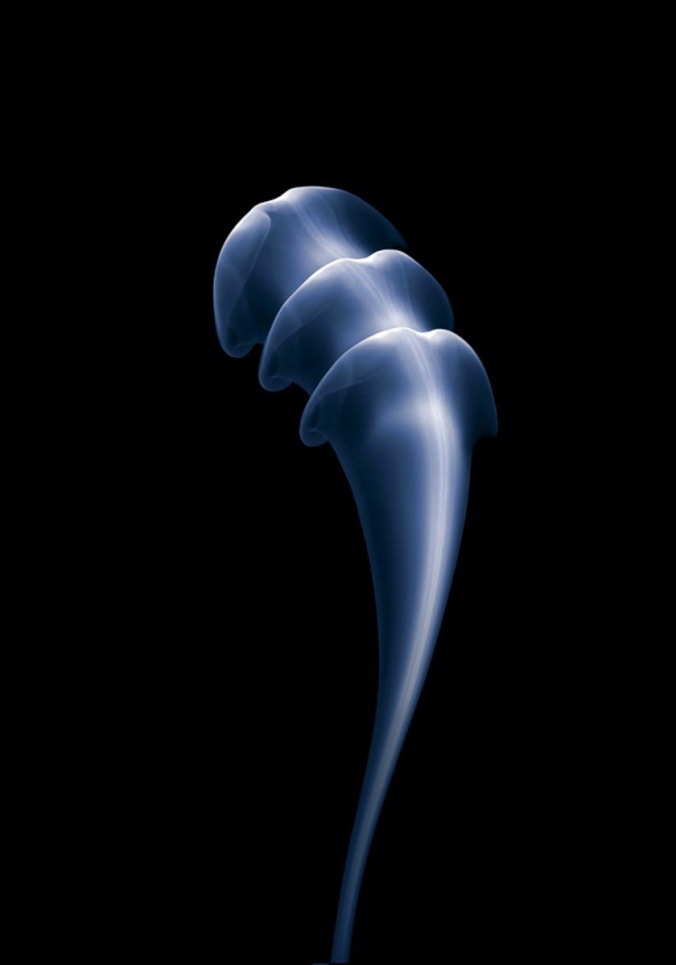 —Quinn McDonald has a weakness for the clever and ingenious.

4 thoughts on “Fordite and Smoke”