It’s easy to confuse anger with fear.  I was watching a movie tonight, and the bad guy was shown in towering rage, in full bad-guy mode. I looked at it more closely, because it wasn’t quite. . . right. Yes, I understand that movies are fiction, but they are designed to manipulate our emotions, so they have to have a basis of reality in them, otherwise we wouldn’t connect. I get that. 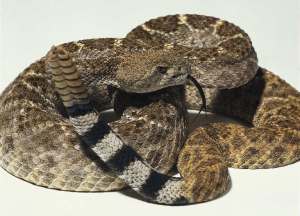 Here is what I noticed: the bad guys knew they were bad. They broadcast bad out in front of them, and people shrank and ran in fear. But that isn’t what happens in real life. People who are villains in our life are not aware they are behaving badly. Nope. They are scared. And scared people behave like scared animals do–they hiss, bark, bay, turn sideways and puff themselves up to appear bigger and show their teeth.

Scared animals and scared people are both scary. I’m not messing with the neighbor’s pit bull when he is leaning against his leash, teeth bared. And when I see people behaving in loud, rude, angry ways, I avoid them, too. But they aren’t necessarily bad people, they are scared people. They don’t always know what the problem is, they most certainly don’t have a good solution, so their fear gives way to aggressive behavior.

What to do in the face of anger? Most often we get scared, and scared people are

scary. We return the hissing, claw-bearing and take it one step further because we are now more scared. You can see where this is going. Someone’s going to get hurt. Emotionally, if not physically.

The way to react in the face of anger and fear is calmly. If scared people are scary, calm people are calming. Keep your voice low, say something that acknowledges the other person’s reactions. Pretending not to notice will only make them escalate so you will notice. Acknowledging is not telling them they are right, but letting them know you see their anger. “I can see how angry you are, Bill.” Notice it’s just an acknowledgment. No fixing, no advice, no soothing. Just witnessing. Without someone to scare them, scary people often aren’t scared and not scary.

––Quinn McDonald is a writer who knows scary people and scared people, too.